Deadly storms that ravaged much of south Georgia Jan. 20-22 also damaged or destroyed many irrigation pivots that supply needed water to agricultural crops.

According to University of Georgia Cooperative Extension specialists, irrigation systems in Calhoun, Turner, Wilcox and Worth counties were damaged by the storm systems that included multiple tornadoes.

As a result, many Georgia farmers are now choosing crops for the upcoming growing season with limited means of irrigation in mind. Farmers without pivot irrigation or access to irrigation are more likely to switch to growing peanuts or cotton, said Calvin Perry, superintendent of UGA’s C.M. Stripling Irrigation Research Park in Camilla, Georgia.

“If a farmer has multiple pivots and only one or two are damaged, those fields may get cotton or peanuts where water isn’t as vital as it is for corn. If the farmer also grows corn or sweet corn, he’s very unlikely to put corn or sweet corn where he can’t water,” Perry said.

Irrigation dealers have to order pivots months in advance, and the manpower needed to repair the damage could become an issue with so many systems damaged throughout south Georgia. Perry is not optimistic that damaged irrigation systems can be replaced before the end of the growing season, especially for corn growers who typically harvest corn in the middle of summer.

According to UGA Extension irrigation specialist Wes Porter, the majority of the damage involved pivot towers being flipped. Pivots that sustained significant structural damage can’t walk the field without repairs or replacement.

Perry and Porter said most farmers likely have insurance on their systems, some of which can cost over $100,000 depending on the length of the system and the size of the field it covers.

The damage would have been worse if crops were already planted and growing in the affected fields.

“This has definitely added a whole new level of complexity to our farmers’ decision-making. I think the worst time that something like this could happen would be in the middle of the growing season. After you get that crop growing and have a storm come through, that would be the worst,” Perry said. “Fortunately, we don’t have crops planted yet. Maybe they can make some adjustments to where they plant certain crops on their farms."

Clint Thompson is a news editor with the University of Georgia College of Agricultural and Environmental Sciences based in Tifton.
Authors:
Clint Thompson
Experts/Sources:
Calvin D. Perry
Wesley Porter 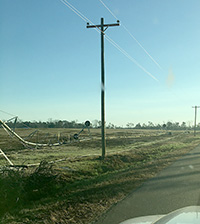 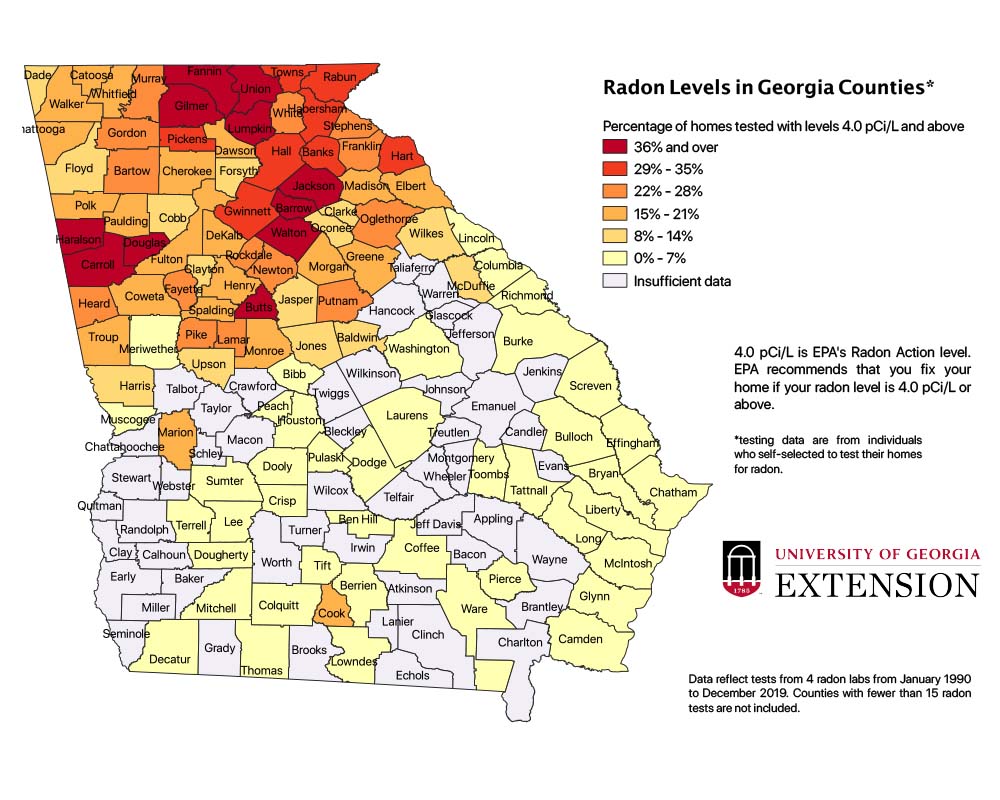 Homeowners should test for deadly, invisible gas Posted on 01/01/21 by Pamela R. Turner
As it is every year, January is National Radon Action month. However, this year feels different, as many people are spending more time at home to keep each other safe and healthy. This makes it even more important that we test our homes for radon, a colorless, odorless gas that is the second-leading cause of lung cancer.

UGA’s Dario Chavez spotlighted in Fruit Growers News 40 Under 40 class Posted on 08/06/20 by Sean Montgomery
University of Georgia researcher Dario Chavez has been named to the Fruit and Vegetable 40 Under 40 Class of 2020 by Fruit Growers News. The prestigious honor places Chavez within a small group of young professionals who are making remarkable contributions within the industry.
See More News Subscribe for Updates