Each summer, thousands of children experience summer camp through Georgia 4-H’s camping programs. Those programs are possible because of the dedication of leaders like Ted Jenkins and his wife, Gerrye Jenkins, who are the recipients of the 2017 Georgia 4-H Lifetime Achievement Award.

The couple spent nearly two decades ensuring that 4-H’ers and counselors had fun, safe camp experiences that they would cherish throughout their lives. Ted Jenkins, a retired University of Georgia Cooperative Extension specialist, led the Georgia 4-H summer camp programs from 1980-1997. Gerrye Jenkins served alongside him.

The couple will be honored at the Georgia 4-H Gala on Aug. 12 in Atlanta.

“Summer camp has been one of the core areas of the University of Georgia’s 4-H program since the 1920s,” said Arch Smith, Georgia’s state 4-H leader. “Ted and Gerrye led this program for 17 years and kept our 4-H camping program among the best in the nation. Their positive impact on the tens of thousands of children who camped at the Georgia 4-H centers was only exceeded by the influence they had on the 500-plus summer camp counselors they mentored during their years as leaders of the program.”

The Jenkinses, who are well-known throughout the 4-H camping program for their dedicated service, continue to advocate for the organization by attending meetings and banquets, serving in advisory roles and donating funds for project competitions.

“We were very surprised and honored that the committee felt we are deserving of the 4-H Lifetime Achievement Award,” said Ted Jenkins. “As the first pair to receive this recognition, the ‘pairing’ seems only fitting.”

“When we consider our life, both in marriage and the workplace, we’ve always been devoted to teamwork,” said Gerrye Jenkins. “Our motto has always been, ‘All for one and one for all.’”

Nominees for the lifetime achievement award must have made significant contributions to Georgia 4-H, including service as a leader, faculty or staff member, donor or adviser. The Jenkinses have served in all of these roles at one time or another and continue to give back to the organization as volunteers.

Natives of Arkansas, the couple moved to Georgia in the early 1970s after both received degrees from the University of Arkansas. Ted Jenkins initially served as a UGA Extension agent in Wayne County from 1974-76 and then returned in 1980 as the Georgia 4-H camping coordinator.

After assisting in the establishment of the Jekyll Island 4-H Center in 1983, that center was also added to Ted Jenkins’ purview.

During his time as camping coordinator, the high ropes challenge course, a Fourth of July community fireworks show and a water slide at Rock Eagle 4-H Center were the leading improvements to the summer camping program. Additionally, Ted Jenkins took steps to increase participation numbers by marketing the camps through promotional brochures and videos.

Gerrye Jenkins, a noted public school teacher, served for 35 years in many roles, including gifted and special education and counseling. Twenty of those 35 years were spent in the Putnam County, Georgia, school system, where she spent her summers helping camp counselors lead program activities for nearly 1,000 campers each week.

The couple fondly remembers their days serving the Georgia 4-H camping program. They still give back by hosting leadership counselors for dinner at their home, just a few minutes down the road from the Rock Eagle 4-H Center. They attend the Winter Counselor Reunion Banquet to present an annual scholarship to an outstanding counselor as well as the State 4-H Congress banquet in Atlanta as representatives of the Master 4-H Club.

“Every counselor who worked under Mr. Ted and Miss Gerrye was truly blessed to have them be a part of that counselor’s life,” said Ken Jones, co-chair of the 2017 Georgia 4-H Gala and one of a group who nominated the couple for the award. “They were not merely our bosses, but our friends, and to a certain extent, they were our second set of parents. Their direction, advice and mostly love and infectious support were directly channeled through us to the thousands of campers who went through the program each summer. This award is justly warranted. It puts them at the top of Georgia 4-H’s great leaders and supporters.”

The Jenkinses were part of the inaugural committee for the Georgia 4-H Gala in the early 2000s and have been active participants since that time. 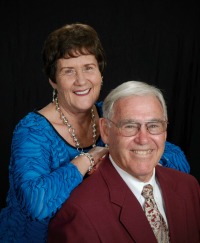 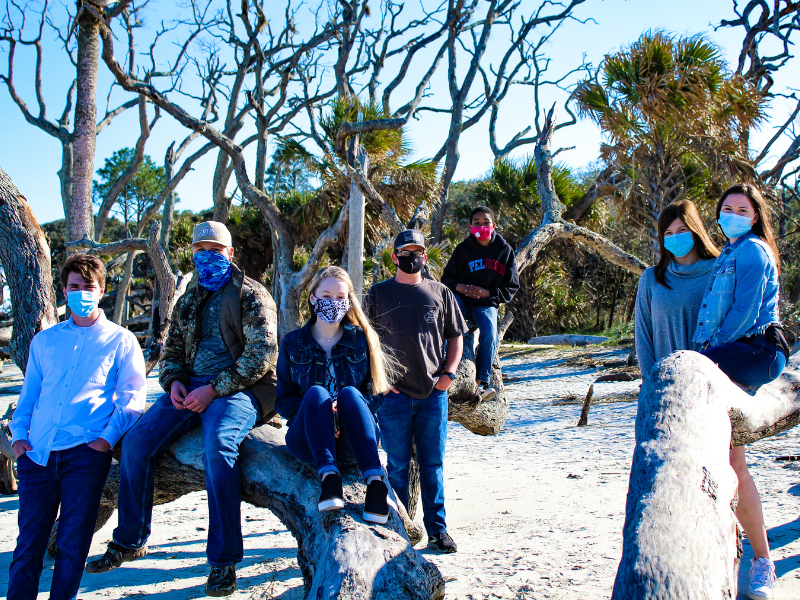 Georgia 4-H’ers participate in national Agri-Science Summit Posted on 03/22/21 by Cristina Luisa deRevere
Seven Georgia 4-H’ers from Grady County participated in the virtual 2021 National 4-H Youth Summit on Agri-Science, connecting with other youth from around the country to learn about emerging issues and careers in agriculture, food security and sustainability. 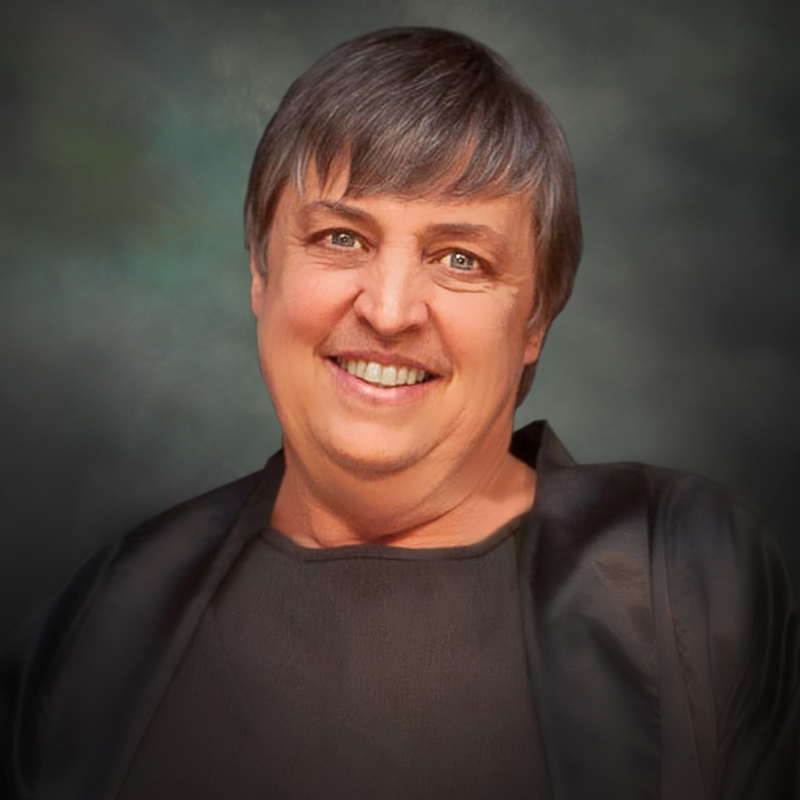 Georgia 4-H honors Davies with Lifetime Achievement Award Posted on 03/16/21 by Cristina Luisa deRevere
More than 1.2 million participants have enjoyed the Georgia 4-H Environmental Education Program — using the outdoors as a classroom without walls to engage K-12 students in experiences that highlight the science, natural resources and natural history of local ecosystems — since its inception in 1979. This innovative and award-winning program began with a $300 budget, a six-month timeframe and the determination of Diane Davies, retired UGA Cooperative Extension 4-H specialist and senior public service associate. 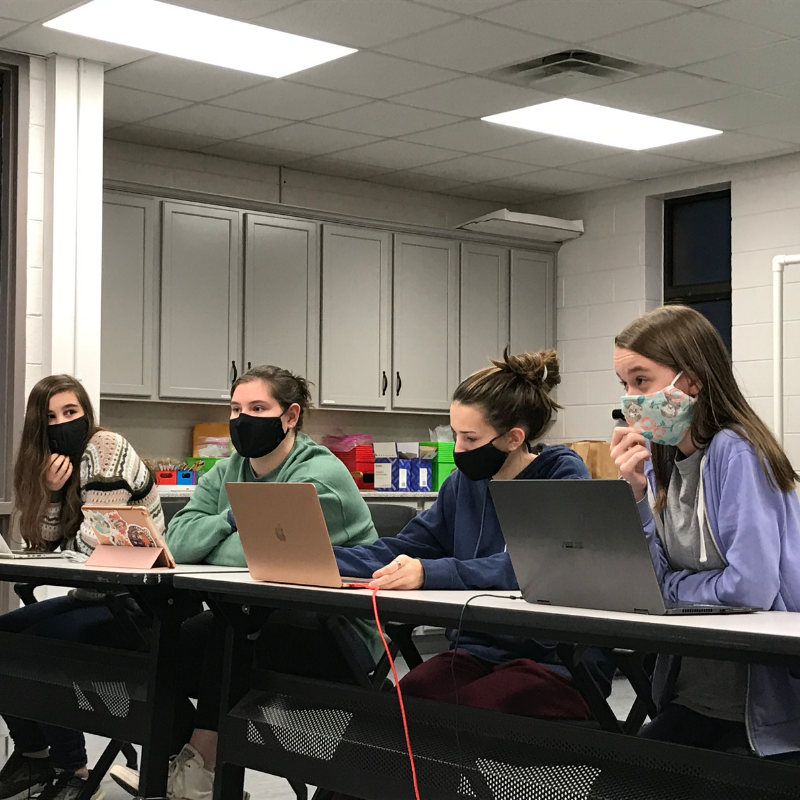