The Peanut Innovation Lab has posted the second in a pair of animations giving farmers valuable advice on growing groundnut. This edition focuses on late-season information related to harvest and storage, and might be shown together with the first animation or separately.

The animations, produced by Scientific Animations Without Borders (SAWBO), relay to smallholder farmers proven methods to protect and improve yield. The message of the videos was shaped through interviews and surveys with partners in Africa to ensure that the information is prioritized to have the most impact.

The animations specifically address production in Malawi, but are broad enough to be used elsewhere.

“Optimum late season and post-harvest practices, like choosing the right time to harvest and drying the crop properly, are important but often overlooked,” said Jamie Rhoads, the assistant director of the Peanut Innovation Lab. “We chose to break the animations into two parts so that farmers could watch the second installment close to harvest time to make sure the message is fresh in their minds.”

At slightly longer than 4 minutes, the second animation recalls some of the lessons of the first video, such as the importance of choosing good soil and seed, but points out that following good practices late in the season are important to realize maximum yield.

Those practices include choosing the best time to harvest and, then, drying and storing peanuts properly to avoid aflatoxin contamination.

“Determining peanut maturity is difficult for farmers to judge because the part you really care about is underground and since peanut is indeterminate, like most tomatoes, there can be pods of all ages. But unlike a tomato, you only get one chance to dig them,” said Rhoads. “Finding the optimum time — when the most pods are ready, but not over mature — can impact yield and quality significantly. Plus, you have to account for labor and the weather.

“In the same way, preventing aflatoxin contamination is elusive, even in the U.S., but we have some proven practices that go a long way to preventing the problem.”

The lab began planning for the animations by surveying agricultural researchers, agro-business professionals and extension specialists in Malawi early this year. The survey asked their opinions about what information is most important for farmers to know, as well as what gaps they see in farmers’ knowledge. That feedback was used to make a voice-over script, then graphics artists went to work bringing the lessons to life.

The animation was recorded in English, as well as Chichewa, the local language, and in both male and female voices.

Enumerators working for the lab will survey viewers to see whether their impression of the advice, as well as their memory of the details, is affected by the gender of the speaker.

While the videos will be presented at educational events, trainings and meetings, they might also be shared through social media.

“While we translate our infographics in numerous local languages, we always think about how they can relay information without language. We’ve done that here and hope that the resource is useful to all sorts of people who work with groundnut,” Hoisington said.

See versions of the video at SAWBO's website or on the Peanut Innovation Lab site.

Allison Floyd is the PR coordinator for the Feed the Future Innovation Lab for Peanut, which is headquartered at UGA.
Authors:
Allison Floyd
Experts/Sources:
Jamie Rhoads 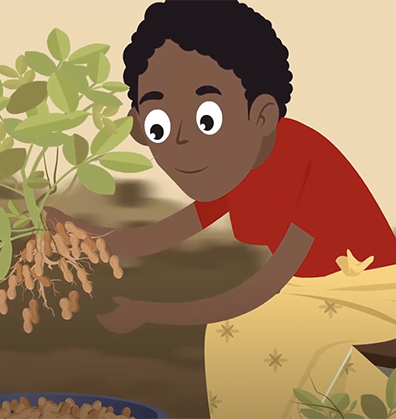 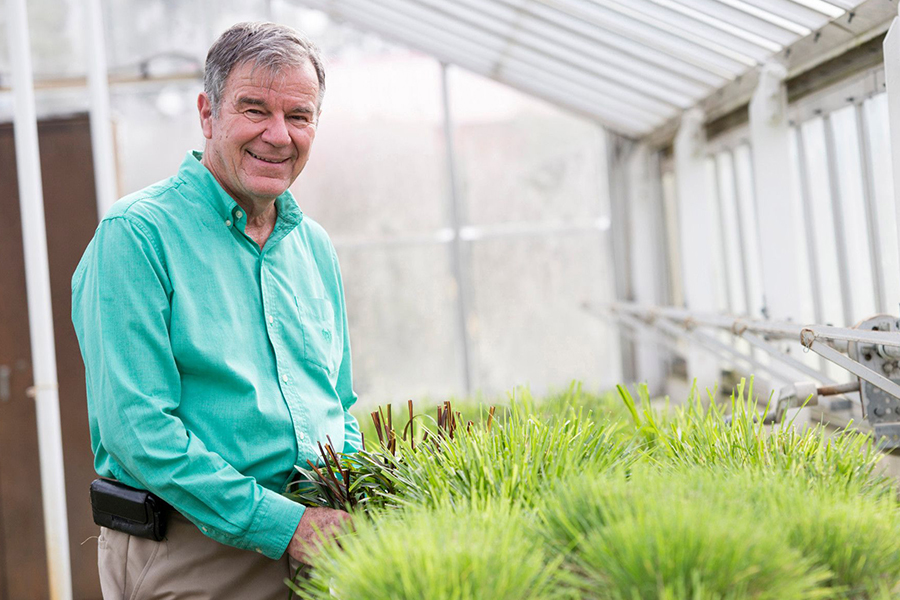 CAES News
Renowned researcher establishes endowment to support Georgia Mountain Research and Education Center Posted on 09/09/21 by Maria M. Lameiras
For nearly 50 years, turfgrass researcher Wayne Hanna pursued his professional goals at the University of Georgia, first with the U.S. Department of Agriculture’s Agricultural Research Service (USDA-ARS), then as a full professor in the College of Agricultural and Environmental Sciences.

CAES News
Student Profile: Using genetics to fight disease, Achola helps farmers Posted on 09/03/21 by Allison Floyd
Scientists have discovered that some varieties of peanut have natural defenses against a devastating disease that completely stunts the growth of other varieties. Now, they are homing in on where those resistant peanuts store that defense – where in its genome the disease-fighting weapon lies – so that they can tap into that resistance and give subsistence farmers a way to grow a more bountiful crop with less risk. Esther Achola has her eye on that prize.
See More News Subscribe for Updates