By Leslie Matos for CAES News

Like people, plants face challenges from microbial pathogens throughout their lifespan.

The National Institutes of Health (NIH) has provided Li Yang, an assistant professor of plant immunity at the University of Georgia, with the Maximizing Investors’ Research Award (MIRA) totaling $1.75 million to continue his research on the molecular mechanisms of age-related resistance in plants. The five-year award will be given in yearly increments of $350,000.

The research is being conducted on the plant Arabidopsis thaliana, which is commonly known as thale cress or mouse-ear cress. Yang, who has a doctorate in genetics, and his team plan to use molecular, genetic and genomic tools to explore both the host and pathogen factors that contribute to age-related resistance in hopes of deepening their fundamental knowledge and applying their findings to age-related immune change in humans.

The overall goal is to understand the molecular link between aging and immunity.

“Despite the accumulating knowledge of the molecular and cellular details of the plant immune network, our knowledge about how defense responses are incorporated into distinct cellular context during plant maturation is still very limited,” Yang stated. “In particular, we want to know what genes control the timing of aging in plants, how aging affects disease resistance, and how pathogens attack plants at different ages.”

Age-related resistance is a widespread trait in row crops, vegetables and fruits. Yang and his team believe that this study will benefit the agricultural industry by generating new insights to facilitate molecular breeding for resistant cultivars. “Our long-term goal is to provide fundamental knowledge of the crosstalk between development and defense, a trade-off critical for plant survival,” said Yang. With a higher survival rate, Yang and his team aim to eventually secure a higher crop yield.

This study could also benefit the health industry. In both plants and humans, the function of an immune system changes in a predictable pattern over the process of maturation or aging. In other words, as individuals get older, their immunity changes.

“Given the similarities in signaling-cascade and receptor structure between mammalian and plant innate immunity, this project is expected to deepen fundamental knowledge about the regulation of age-related immune change in humans,” Yang said.

Yang's research is supported by the National Institute of General Medical Sciences of the NIH under Award Number R35GM143067. The content is solely the responsibility of the authors and does not necessarily represent the official views of the NIH.

For more information on research being done in the Department of Plant Pathology, visit plantpath.caes.uga.edu.

CAES News
Pigskin and peaches: Rivals have common goal Posted on 09/02/21 by Maria M. Lameiras, Denise Attaway
Georgia and South Carolina share a border, a passion for football and pride in their peaches. With the University of Georgia and Clemson University campuses separated by a mere 70 miles, the Bulldogs and Tigers began fighting it out on the football field in 1897, with the teams set to meet for the 65th time on Sept. 4. As pitched as the battle is on the football field, there’s an even deeper rivalry between the two states when it comes to their peaches. 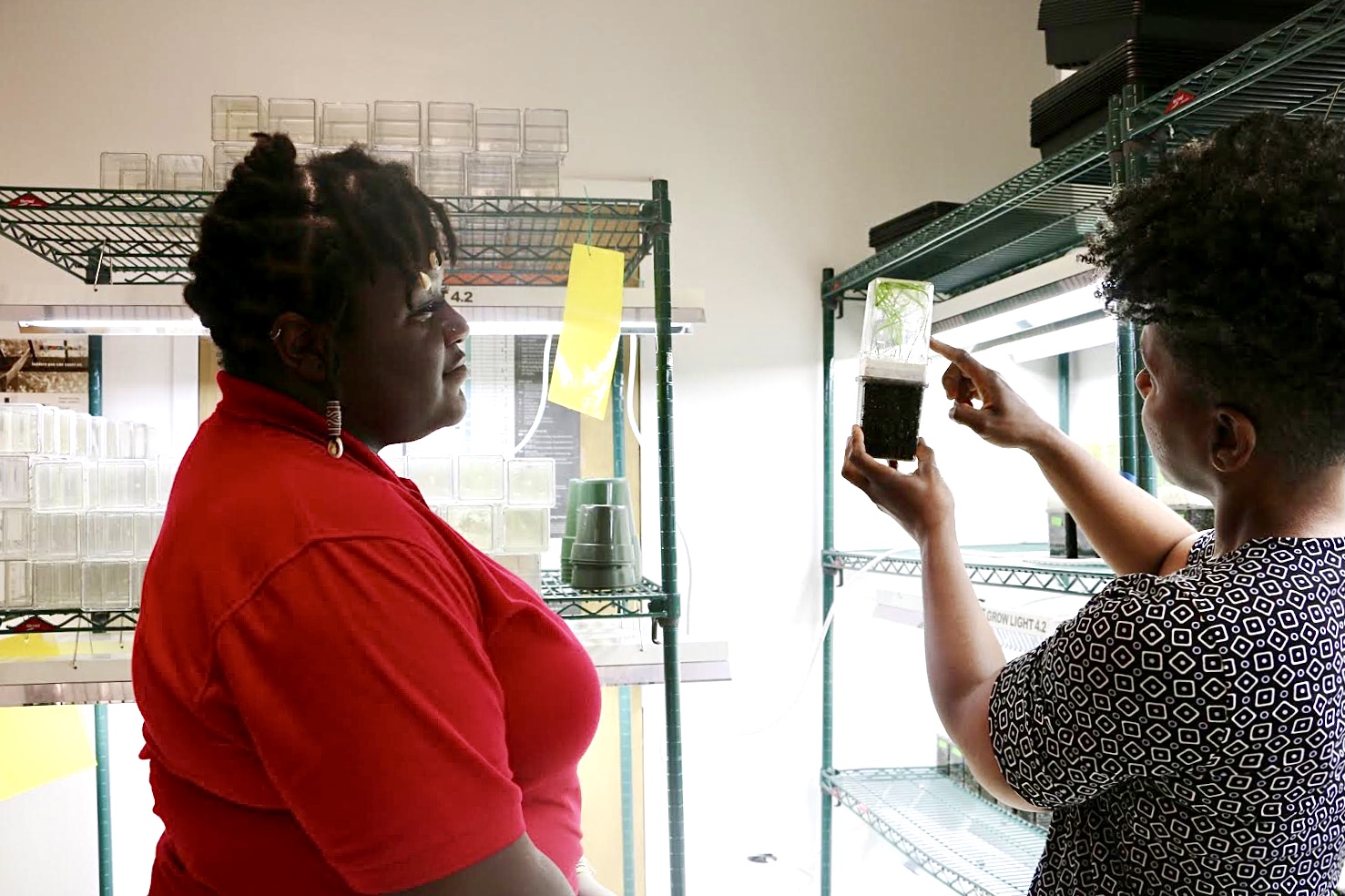 CAES News
Research and Extension Experiences for Undergraduates program offers mentorship in the lab Posted on 08/26/21 by Maria M. Lameiras
As a plant science and biotechnology major at Fort Valley State University, Makayla Mitchell knew she wanted to get research experience outside of her home institution. She found that opportunity in the Research and Extension Experiences for Undergraduates (REEU) program in Crop Genetics and Genomics at CAES.
See More News Subscribe for Updates