Phony peach, caused by the bacterium Xylella fastidiosa subsp. multiplex, is an important yield-limiting disease that reduces fruit size/quality and results in premature tree decline and plant death. Georgia winter temperatures have increased in recent decades, allowing year-round insect vector activity, possibly greater bacterial survival in the tree, and thus overall greater risk of exposure to and infection by Xylella fastidiosa. A survey of peach trees throughout the state indicated that phony peach is now prevalent in the middle and south Georgia regions. In addition, the survey indicated that some orchards have upwards of 90% infection, essentially rendering the orchards useless for future production. Increased disease was anecdotally tied to lack of early rogueing and destruction of trees; early detection is critical, as high disease incidence was correlated with not accurately identifying and removing infected trees. However, disease identification has proven difficult, with only ~76% accuracy by experts who were tested for accuracy where trees were confirmed to have the disease by molecular testing.

The Georgia peach industry is facing significant challenges that include increasingly frequent unfavorable climate, decline in available labor, increasing international competition, spread of exotic pests and pathogens, consumer demands for improved fruit, and a desire for alternatives to chemical inputs. Growers need to elevate their overall production efficiency considerably to remain profitable, competitive and sustainable. This includes development and/or improvement of integrated pest management strategies for management of diseases of peach that result in yield loss. Phony peach, caused by Xylella fastidiosa subsp. multiplex, is an important yield-limiting disease that reduces fruit size/quality and results in premature tree decline and plant death. Georgia winter temperatures have increased in recent decades, allowing year-round vector activity, possibly greater bacterial survival in the tree, and thus overall greater risk of exposure to and infection by Xfm. Over the last 3-5 years, we have noted a marked increase in phony peach in Georgia orchards. If this trend continues, it will contribute to more challenging peach production in future years. Knowledge of phony peach is limited, and virtually no research has been conducted on this disease in the last 20 years, and research results are the basis to provide practical means for managing this disease in the future. The objectives of this project were: (1) to determine the current prevalence of phony peach in established peach orchards in Georgia, while (2) also testing visual acuity in identification of phony peach trees in orchards for the purpose of tree destruction to prevent further disease spread.

Surveys of visible disease symptoms (disease incidence) were conducted in mature peach orchards across Georgia. For disease confirmation, root tissue samples were collected from a minimum of 10 symptomatic and 10 asymptomatic plants per sampling location and tested for the presense of Xylella fastidiosa infection by use of the AmplifyRP system from AGDIA. The visual in-orchard prevalence and geographic range of disease occurrence was mapped. Based on this survey, phony peach is prevalent only in middle and south Georgia, but where it occurs, some orchards are experiencing high disease incidence. Symptomatic trees need to be rapidly removed in order to prevent insect vectors (sharpshooter insects) from further spreading the bacterium that causes phony peach. In order to test the ability of trained individuals to assess phony peach from symptoms, visual assessment trials were conducted with volunteers, some of whom were experienced raters and some of which were newly trained. A mean of 14.4 and 26.1% of trees were infected with Xylella fastidiosa as determined by qPCR (the assumed actual value) or individual rater assessments, respectively. Inaccurate visual assessments would have resulted in erroneous removal of 11.7% of trees in one year alone. In addition, there were three asymptomatic trees (1.1%) that tested positive by qPCR. Asymptomatic trees would not be removed and would continue to serve as an inoculum reservoir. Overall, disease identification has proven difficult, with only ~76% accuracy by experts who were tested for accuracy where trees were confirmed to have the disease by molecular testing. We concluded that visual assessment for phony peach is not an accurate detection method, and further research is needed to develop and validate alternative, rapid, accurate and reliable methods of detection to aid management of phony peach.

Phony peach disease control is limited to removal of infected trees through visual observation, though infected trees are present for a period of time prior to symptom development. Accurate assessment and early detection are critical to developing a better understanding of the disease, while also providing rapid and accurate diagnosis that can lead to early removal of infected trees – thereby slowing the epidemics and increasing orchard longevity and overall production. Based on this research, phony peach is prevalent in middle and south Georgia, resulting in severe production losses in some cases. Identification is difficult, but with the information obtained, we will develop better aids to identification through visual assessment. This will result in more accurate identification and rapid removal of infected trees – increasing peach production and profitability in these regions. 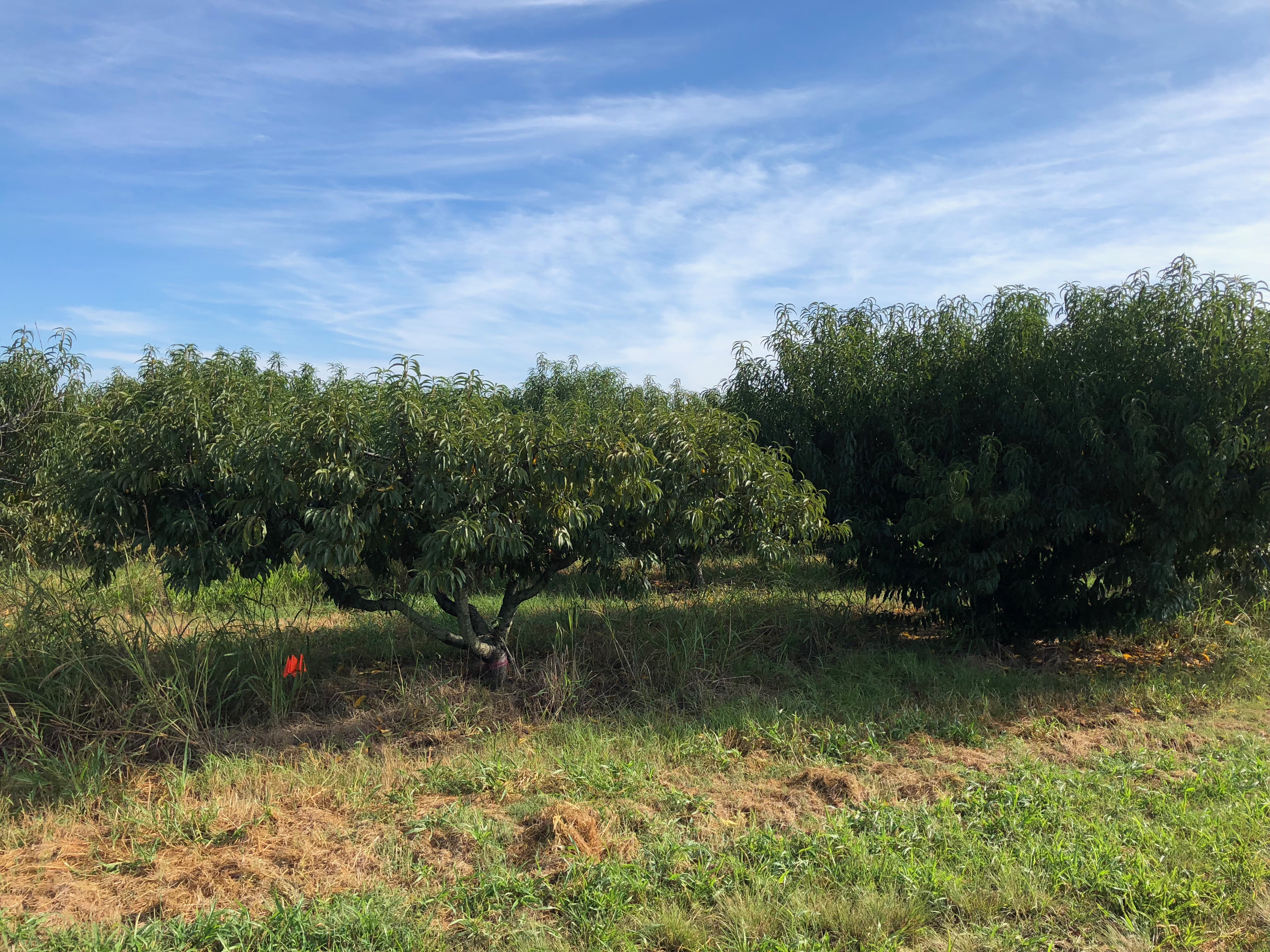