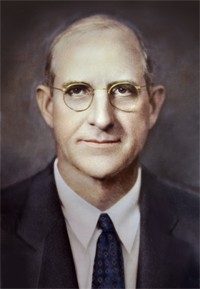 Henry Stuckey, a South Carolinian, replaced Soule in July, 1933, and resigned in January, 1934. At only seven months, his tenure as dean was marred by lack of funds, dwindling student numbers and political squabbling. However, his professional contributions as a horticultural researcher were many. Dr. Stuckey was responsible for the tremendous growth of the Georgia Experiment Station in Griffin and established the largest experiment station library in the country. Even though his time as dean was short, Stuckey is regarded as a foremost pioneer in Georgia agriculture.