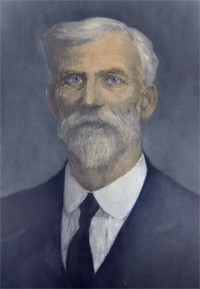 James J. Conner was an attorney, farmer and politician born in Montgomery County. He introduced the legislative bill known as the Conner Bill to the Georgia General Assembly to establish the Georgia State College of Agriculture in Athens. It passed in 1906, creating a separate college operating under an autonomous Board of Trustees. He served as chairman of the board until his death in 1930. Conner was mayor of Dublin and an attorney in Dublin and Cartersville, where he also farmed a 900-acre plantation. Conner Hall, administrative headquarters for today's College of Agricultural and Environmental Sciences, was named in his honor. He served as president of the Georgia Agricultural Society and was appointed commissioner of Agriculture in 1912.