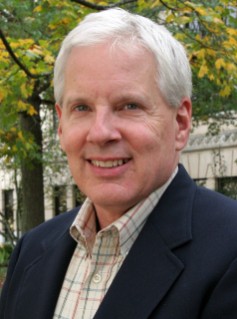 An internationally known soil scientist, Dr. Scott Angle became the Dean and Director of the UGA College of Agricultural and Environmental Sciences on August 15, 2005. He served in the position for ten years.

During his time as dean, the college enrollment grew by 30 percent, and major increases were realized in both the quality and diversity of those students. CAES students had a greater opportunity for international and internship experiences through the Dean’s Promise, a program Angle started to provide funding for extended learning opportunities.

He spearheaded the expansion of courses at UGA’s Griffin and Tifton campuses, allowing CAES students to stay close to home while earning a UGA degree. Attending classes at these historically strong agricultural experiment stations allows students to work with some of the best agricultural researchers in the world.

He was recognized often in the state as an outstanding leader and was a perennial name in Georgia Trend Magazine’s list of 100 Most Influential and Notable Georgians.

He served as acting Executive Director of the Northeast Research Association, which promotes regional cooperation in agricultural research, and was also Chair of both the national and Northeast Regional Organizations of Experiment Station Directors.

A widely published researcher in the field of soil microbiology and biochemistry, Dr. Angle is an authority on phytoremediation, the use of sewage sludge to spur crop growth, and the risks of genetically engineered organisms in agriculture. He has been a leader or member of research teams that have received several million dollars in grants. He has authored or co-authored some 300 scientific papers, reports, book chapters and other publications.

Dr. Angle has been a Fulbright Scholar and is a fellow of the American Society of Agronomy and the Soil Science Society of America. He received the agronomy society's environmental research award in 1998 and the education award in 2003. He also received the University of Maryland Distinguished Teacher-Scholar Award in 2003.

He earned his bachelor's degree in agronomy and master's in soil microbiology at the University of Maryland and has spent his entire professional career there except for three years when he worked on his doctorate at the University of Missouri. Dr. Angle joined the agronomy faculty in the College of Agriculture and Natural Resources in 1981. In 1994 he became the Associate Director of the Agricultural Experiment Station and Associate Dean of the college, and in 2003 became interim Executive Associate Dean for the experiment station and Maryland Cooperative Extension.

He stepped down from his position on Sept. 18, 2015, in order to lead a global organization that works to alleviate hunger. As president and CEO of the International Fertilizer Development Center, Angle will oversee an organization that has been active in nearly 100 countries and is focused on increasing food security and agricultural productivity through the development and transfer of effective and environmentally sound crop nutrient technology and agribusiness expertise.