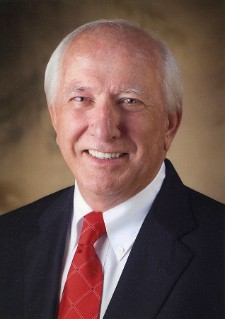 At the young age of 14, Ben Copeland was already working in the agriculture field – literally. A leader in his high school FFA chapter in Lowndes County, Copeland worked in the tobacco fields for Patten Seed Company, having no idea at the time that he would someday lead the company.

As a college student at Abraham Baldwin Agricultural College, he spent his summers working alongside turfgrass breeder Glenn Burton on the UGA experiment station in Tifton. All those hot days in the field fueled Copeland's desire to complete his education so he headed to Athens and UGA where he completed a degree in landscape architecture in 1967.

He left his home state after graduation and started his professional agriculture career designing parks for the Tennessee Department of Conservation. In 1970, Bill Roquemore, the owner of Patten Seed Company, called and encouraged Copeland to return home to Georgia to work with him.

Twenty-five years later, Copeland became president of the company. Patten Seed expanded under his leadership and now markets 125 million square feet of sod and more than 200,000 pounds of grass seed per year.

In an effort to diversify, Copeland added pecan production to Patten Seed's portfolio. The company now has 1,000 acres of pecan production and a pecan tree nursery that supplies the industry with more than 30,000 trees annually. More than 80 percent of the company's pecans are exported to China.

By adding pecans to the company's turf production, Copeland distributed the company's workload over 12 months and secured the jobs of close to 300 Patten Seed employees.