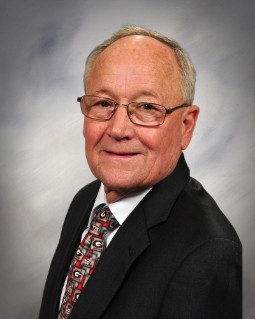 Bill Brim, a leader in the agricultural community and a voice for Georgia farmers everywhere, is a 2019 inductee into the Georgia Agricultural Hall of Fame.

Originally from Pelham, Georgia, Brim’s agricultural background was shaped by his participation in Future Farmers of America and other agriculture-related youth organizations.

Brim established himself as an industry leader when he and business partner Ed Walker purchased Lewis Taylor Farms in 1985. Brim quickly realized that technology was forcing traditional bare-root transplant companies out of business. Over the next five years, Brim helped transform Lewis Taylor Farms into a diversified transplant and vegetable production farm operation.

Along with the transplant operation, Brim manages more than 6,500 acres of vegetable production throughout the year, shipping to markets in the United States and Canada. With Brim’s expertise in vegetable production, he was a natural fit to collaborate with scientists from the University of Georgia College of Agricultural and Environmental Sciences (CAES) in various research projects with far-reaching implications.

“Bill Brim is obviously one of the best produce and agronomic producers in the world. He took me under his wing and helped me not only to identify, but learn how to grow and produce vegetables,” said Stanley Culpepper, UGA Cooperative Extension weed specialist. “As a scientist doing research in these vegetables, if you can’t grow and produce them like a grower, really, your research is irrelevant.”

Brim’s work at Lewis Taylor Farms has led to the development of additional companies. Bio-E-Crops is an energy company that produces miscanthus grass for U.S. and international markets. Spring Hill Produce is a state of the art packing and refrigeration facility that enhances the freshness of products such as broccoli, greens, cantaloupes and watermelons for consumers.

“Without a doubt, Bill Brim is the epitome of a 21st Century agriculturalist, a leader and the caliber of individual worthy of consideration for induction into the Georgia Agricultural Hall of Fame,” said Fred Harrison, who nominated Brim for the honor.

Brim is passionate about agriculture and believes it is important for others, both children and adults, to experience the farm firsthand. He hosts educational tours throughout the year so people can experience why agriculture is important to everyone.

Brim’s most important attribute may be his willingness to stand up for farmers everywhere at the state and federal levels and not be afraid to speak his mind.

“Somebody’s got to speak up. I just happened to be the one that wasn’t scared to speak up and talk about what we needed down here,” Brim said.

Brim served on the U.S. Department of Agriculture (USDA) Farm Service Agency State Committee, where he and fellow committee members reviewed and interpreted USDA policy and guidelines relating to Farm Bill programs and the implementation of on-the-farm applications for farmers and agricultural businesses across Georgia.

“I had a farmer come up to me recently and told me, ‘Bill, I just want to stop and thank you for what you do for all of us,’ ” Brim said. “I think that’s my legacy, to be supportive of all of our communities and all of our farmers.”