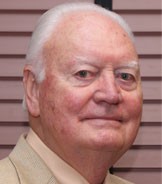 As chairman of Sutherland's Food Service, Inc., Gene Sutherland has aided the welfare of agriculture by buying from farmers and selling to Georgia consumers through the marketing of over 5,000 items of wholesale food product. The family-operated company has been recognized in "The Atlanta 10," which honors Atlanta's top privately owned companies. He is also part owner-franchisee of Eggland's Best, Inc. He runs a 525-acre commercial brood cow/calf operation with 125 head in Meriwether County, a 200- and 300-acre hay operation in Spalding and Coweta Counties, respectively, and a timber and row crop leasing operation on 2400 acres in Telfair County.

Sutherland is a 32nd-degree Mason and a member of the Yaarab Shrine Temple. Sutherland serves on the governing boards for both Woodward Academy and Piedmont College.

Married to Joan for 56 years, they have four children, nine grandchildren, and three great-grandchildren. Sutherland and his family are active at the First Christian Church of Stockbridge, Georgia.