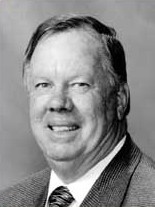 James Lee Adams, of Camilla, Georgia, was awarded the prestigious Lancaster/Sunbelt Expo Southeastern Farmer of the Year in 2000. After purchasing the small family farm from his father in 1969, Adams built an efficient and cost effective farming operation. His 2,000 acre fully irrigated farm in Southeast Georgia boasts a wide variety of enterprises, including pecans, cotton, corn, cattle, poultry and alligators.

As former President and Chairman of the Board of the American Soybean Association(ASA), Adams guided the organization through the 1990 Farm Bill. Adams served as former director of Georgia Pecan Growers Association and the Georgia Agribusiness Council as well as a former member of the Governor's Committee on Science and Technology, focused on agriculture.

Adams was awarded the Georgia Farmer of the Year in 1992 and 2000 and Progressive Farmer's Man of the Year in service to Southeastern agriculture in 1992. He was placed on the Alpha Zeta National Centennial Honor Roll of 100 Agriculturists of the Century, was given honorary life membership and the Distinguished Service Award by the Georgia Soybean Association, and made an honorary member of AGHON at the University of Georgia.