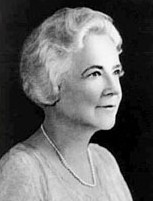 Martha Berry, a native of Rome, Georgia, founded the Berry Schools, now Berry College, in 1902. She used her 80-acre dowry to charter the Boys Industrial School. The boarding school taught mountain boys practical farming and educational skills. Berry’s approach to educating the boys and girls of Appalachia combined practical agriculture and domestic and mechanical application with moral training. The Berry Schools’ seal revealed Martha Berry’s fourfold educational philosophy: “ the Bible for prayer, the lamp for learning, the plow for labor, and the cabin for simplicity.”

Berry’s model led to a meeting of Georgia school superintendents in 1906. There, Berry explained her educational paradigm, and Georgia based its newly formed agricultural and mechanical colleges on it.

Berry’s vision of education transformed a one-room schoolhouse into a 28,000-acre campus bearing her name. With supporters like Henry Ford, she was able to fund new programs and encourage technology, efficiency, and other advanced concepts. Her school has now been transformed into a liberal arts college, but an active animal and horticultural science department remains.

Martha Berry was named a “Distinguished Citizen of Georgia” by the Georgia legislature in 1924 and was presented the Roosevelt medal by President Calvin Coolidge. She was the first woman member of the Georgia Board of Regents and was also presented with eight honorary doctoral degrees.