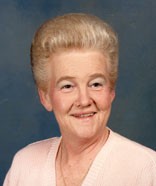 Pat Barkuloo was considered one of the most respected and successful county Extension agents in the history of the Georgia Cooperative Extension Service. Best known for her 4-H achievements, she set the standard for a widely successful program in south Georgia that continues today.

Growing up in Loachapoka, Ala., Barkuloo was in 4-H. After high school, Barkuloo attended Alabama Polytechnic Institute, now known as Auburn University, where she majored in Extension Service Work. Barkuloo obtained an Extension Service position in Georgia in 1963. She was the only woman county agent in Tifton, Ga., for the 21 years she served.

Locally, Barkuloo was involved in all aspects of the Tift Extension Program and promoted agriculture with consumers in everything she did. She was recognized nationally for her use of radio to educate residents of south Georgia.

After she retired, she provided funds to renovate the Rich Building at the Rock Eagle 4-H Center, which is now known as the Barkuloo-Rich Conference Center. Barkuloo endowed two scholarships for the Tift County 4-H program and one at ABAC for student 4-H and FFA members and was instrumental in developing the Local Government in Action program for Tift County High School.

Barkuloo was a contributor of the UGA Eterna Fund and involved in the UGA College of Agricultural and Environmental Sciences Alumni Association.

She was married to O. V. "Jack" Barkuloo, a native of Tifton, and had three stepdaughters, five grandchildren and four great grandchildren.