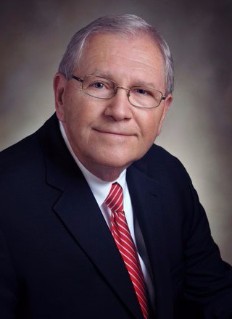 During his 25 years in the Georgia General Assembly, Richard Royal earned a reputation as an advocate for agriculture. He helped to develop policies that supported Georgia farmers.

Royal was first elected to the Georgia House in 1983 from the 171st District, which included Mitchell and Colquitt counties. He served as chairman of the Committee on Ways and Means and on the Appropriations and Natural Resources and Environment committees.

Royal helped to craft the Conservation Use Valuation Assessment law for Georgia. CUVA allows agricultural or forest lands to be placed in a covenant for a lower ad valorem rate.

Even after retirement, Royal continued to play a role in crafting a law to create the Georgia Agricultural Tax Exemption (GATE.) GATE was created in 2011 and expanded Georgia sales tax exemptions for all agricultural inputs. This law gave agriculture the same status granted to other industries.