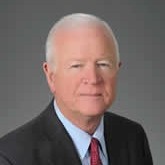 During his two decades in Congress, Senator Saxby Chambliss earned a reputation as an advocate for agriculture and shaped the nation’s agriculture policy by helping write four farm bills during his tenure in the U.S. House and in the Senate.

Chambliss’s two passions — law and agriculture — have always been intertwined. As a boy, Chambliss developed his public speaking ability through his local 4-H club. He used his public speaking prowess to go to law school at UGA, and started his career as an attorney in his hometown of Moultrie, representing the interests of local farmers.

When he was elected to the United States House of Representatives from Georgia’s 8th district in 1994, Chambliss became an advocate for farmers and ranchers across America.

During his four terms in the House, Chambliss served on the House Agriculture Committee’s Subcommittee on General Farm Commodities and Risk Management. His position made him a key player on the passage of several farm bills and cemented his reputation as a hands-on lawmaker who knew agriculture. Chambliss also helped reform the federal crop insurance program to make it a more effective and affordable tool for farmers.

Chambliss has been awarded the American Farm Bureau’s Golden Plow Award, the National Wheat Growers Association’s Wheat Advocate Award and the National Cotton Council’s Harry S. Baker Distinguished Service Award. He has also been named to the National 4-H Hall of Fame and the Georgia Peanut Hall of Fame.

Chambliss is married to Julianne Frohbert Chambliss, and they have two children and six grandchildren.

Chambliss and Breedlove inducted into the Georgia Agricultural Hall of Fame