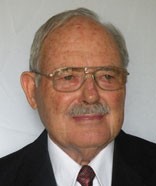 Beggs grew up on his family’s farm in Lavonia, Georgia.  Graduating from UGA CAES with a degree in Ag Education in 1947, Beggs married Evelyn Thomas, and began teaching agricultural education.  In 1950, Tom and Lee Arrendale approached him to join them in the poultry industry in Georgia. His career with a major poultry business now known as Fieldale Farms spanned forty years. Beggs founded the Arrendale Brothers hatchery operation which by the late 1960s was producing almost a half million broilers a month. He experimented with cross breeding of various poultry lines and worked with feed operations to create an improved bird.  He spoke around the world of his knowledge of the poultry industry. In the 70’s and 80’s, Beggs oversaw the building of Fieldale’s corporate headquarters, and was the project leader for the Fieldale’s first feed mill.  By his 1992 retirement, Fieldale’s Mill Operation was the largest privately owned feed mill in the world.  As feed mill manager, Beggs traveled to China, Malaysia, Thailand, Portugal, and others global stops to share Fieldale’s poultry innovations, including liquid systems equipment and pelleting.

Outside his poultry career, Beggs raised registered Black Angus cattle, and was a member of the Georgia Cattleman’s Association and the Northeast Georgia Cattleman’s Association. He served on the Habersham Electric Membership Cooperative Board of Directors for 27 years. His avid volunteerism with the Future Farmers of American included many years of service to Habersham Central FFA, and the State and National FFA organizations. For his service, he was awarded the Honorary American FFA Degree at the National FFA Convention in ‘06.  He has volunteered for the UGA College of Agricultural and Environmental Sciences and the CAES Alumni Association for over 25 years and served as Association President in ‘88.  He is a founding member and highest financial contributor to the UGA Eterna Fund and was a fund trustee for 20 years.  He is a 60-year member of Clarkesville Baptist Church and is a Gideon. He and wife Evelyn live in Clarkesville and have 3 children and 7 grandchildren.