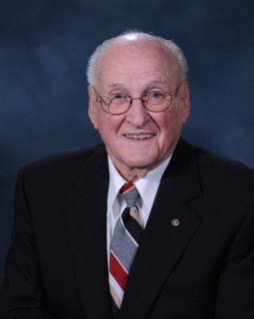 For more than 50 years, Bill Baisley has built a stronger economy for Georgia by supporting the state’s agriculture and farmers. As a leader in Georgia’s poultry industry, Baisley encourages those around him to achieve “sumpin’ big.”

“People are passionate about their own success. Bill is passionate about everyone's success in agriculture. That sets him apart,” said Mike Lacy, former head of the Department of Poultry Science at the University of Georgia College of Agricultural and Environmental Sciences and longtime colleague of Baisley.

Baisley started his career as salesman for Dixie Grain Company in 1959 after receiving his bachelor’s degree in agricultural science from Tennessee Technological University. He worked with several poultry companies in Tennessee and Alabama before moving to north Georgia in 1967 to work as a sales representative at Peterson Farms. Over his 36 years there, Baisley rose through the ranks and became vice president of Peterson Farms’ Southeast District. Baisley’s career with Peterson Farms coincided with the rapid rise of the poultry industry in Georgia, and he played a pivotal role in guiding the industry’s trajectory.

Baisley worked with Lacy and UGA Cooperative Extension specialists to improve educational programs for poultry farmers across the state. In the early 1990s, he was the driving force behind the development of AgriTrust of Georgia, a workers’ compensation insurance program for farmers that now serves more than 600 farms and agribusinesses.

Baisley led the council’s education committee, which provided classroom grants for agricultural education teachers, and pioneered education programs for children with disabilities in northeast Georgia. He founded the John W. Looper Speech and Hearing Center in Dalton, Georgia, and provides support for schools and organizations that focus on special education and medical care. He also spearheaded a program to encourage the hiring of people with disabilities at Peterson Farms, and the firm earned the Tommy Nobis Award in 1999 in recognition of those efforts.