Agents and specialist worked together to conduct a research trial which would compare different peanut fungicide programs for efficacy and financial return. The results were presented at two peanut production meetings, providing farmers with current data.

With low peanut prices, profit margins are very thin for peanut farmers in Georgia. Each decision should be made carefully in order to maintain sustainability. In the Southeast, White Mold is one of the most impactful diseases in peanut production, though, it is not the only important disease. Georgia’s peanut crop is affected annually by white mold (Sclerotium rolfsii) and early leaf spot (Cercospora arachidicola), diseases. There are a number of fungicides labeled to protect peanut crops from these diseases. Farmers in Southeast Georgia need comparative data to make the best decisions possible to allow for the greatest profit potential in every acre of peanuts.

In an effort to compare the different programs for efficacy and profitability, the Screven County Extension Agent, Burke County Extension Agent, UGA Plant Pathologist and UGA Extension Economist developed a research project to analyze the efficacy and economical differences in these fungicides commonly used. The research trial was established in 2018 and conducted again in 2019. This project was implemented at the Southeast Research and Education Center in Midville, GA. The objective of this study was to evaluate commercial fungicide programs for impact on disease and yield in order to provide research-based information to local producers to allow selection of management practices that have the highest yield potential by reducing severity of these diseases. Plots were arranged in a randomized, complete block design with four replications. Each plot measured 30 feet and were planted four rows wide. The two outside rows would be used as borders, leaving the two middle rows to collect data. Collaborators used the same UGA Extension recommended production practices in all plots aside from variations in fungicide treatments. Prior to inverting the peanut vines, the plots were rated for Early Leaf Spot on a 1-10 scale rating (1 being low and 10 being high) per 60 foot of row. After vines were inverted, the plots were rated for White Mold hits per 60 foot of row. Plots were then harvested for yield data. Each individual rep was harvested separately, bagged, weighed and then averaged. Once all yield data was collected, means were compared using Fisher’s protected LSD and treatments were compared by adjusted net revenues (revenue adjusted for yield, fungicide costs and application costs) in order to determine profitability of the different treatments.

In 2018, there was a range of return to farm after fungicide expenses (sale price less fungicide expenses) from $960 down to $848, ($112), with the untreated check only returning $629. Three treatments stood out by returning over $950 followed by $935 and $904. All remaining treatments returned less than $900 per acre. Investing in a good fungicide spray program can be expensive during the growing season, yet can increase farm profits for the year. Therefore, a minimal impact from this fungicide program for any producer switching from any of the eight lower yielding programs to one of the three top yielders would allow them to gain a minimum of $15 per acre (950-935). While the initial input cost may be more than the producer was looking to make, the yield gain benefits higher profitable returns. Data collected from 2018 has been presented at the county agents’ production meetings, reaching 86 producers, respectively. This could have potentially affected 25,000 acres between the two counties it was presented in. If this information influenced 50% of those peanut acres at a gain of $15 per acre, the adjusted farm revenue would increase $187,500.00. The data has also been presented at the 2019 APRES Peanut Meeting in Auburn, Alabama having national exposure. 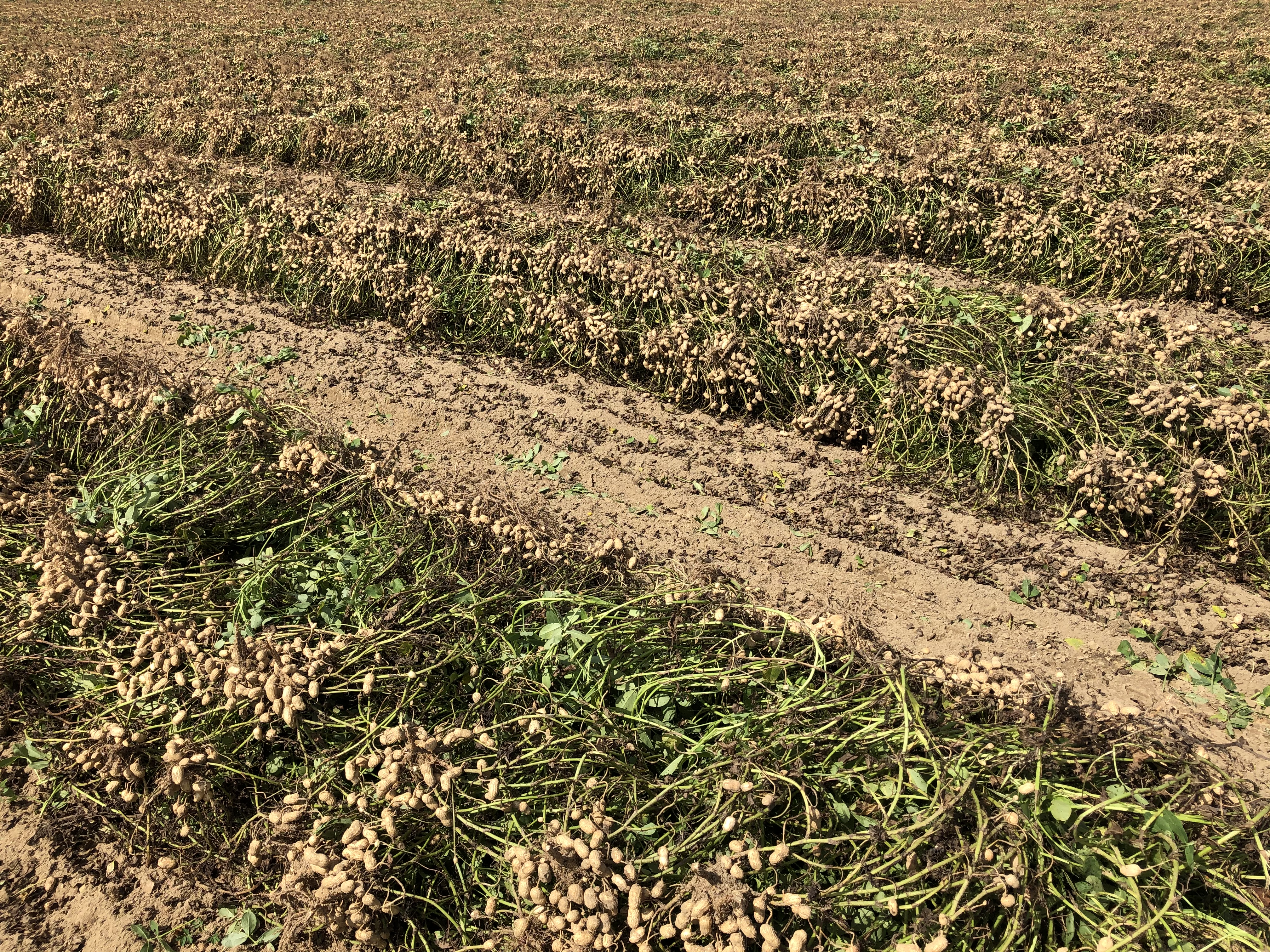