The peanut industry has had problems with seed quality and seedling diseases in recent years. Last year was especially challenging following the hot, dry season experienced in 2019. This was quickly evident in seed samples processed at the State Seed Lab in Tifton as they started evaluating commercial seed for sale. They also noticed a pattern of higher germination percentage of seed treated with Rancona, a relatively new but little-used product, versus Dynasty, the current industry standard seed treatment fungicide. Evaluation of these seed lots in our lab demonstrated the problem was due to exceptionally high levels of Aspergillus flavus in the seed as a result of the extremely hot and dry field conditions last growing season. Furthermore, a large number of the isolates were found to be resistant to azoxystrobin, a primary component of Dynasty. This resistance was previously unknown. The industry responded rapidly as 2020 planting season was about to begin. Considerably more Rancona was manufactured by UPL, which ran extra shifts in their Valdosta facility. They could not produce enough to completely replace Dynasty, but much of the 2020 peanut crop in Georgia was treated with Rancona. Conditions at planting were not ideal, and there were still issues with seedling diseases, but there is no doubt that the problems would have been more had it not been for the rapid response of the industry to this new threat.

All commercial peanut seed is tested by the Georgia Department of Agriculture Seed Laboratory in Tifton to ensure that certain quality standards are met. This winter the seed lab started finding unexpectedly low germination in some seed lots, as well as visible contamination from Aspergillus flavus growing on the seed. The conditions in the field for the 2019 crop had been extremely stressful due to the hot and dry weather, and A. flavus is well adapted to such conditions, leading to the high levels found in the seed. All peanut seed are treated with fungicides to help control such issues, and the lab noticed that seed treated with Rancona had less Aspergillus contamination, and in some cases remarkably higher germinations, than did seed treated with Dynasty. In fact, the seed treatment applied sometimes made the difference between seed that was acceptable for commercial trade, and seed that was not.

We immediately collected different seed lots and plated them out to evaluate the mycoflora and try to determine the cause of the problem. It was evident that majority of the seed lots were heavily contaminated with A. flavus, and that seed treated with Rancona had considerably less colonization from this pathogen. These seed treated with Rancona also germinated to produce healthy shoots and roots at significantly higher rates than did the Dynasty–treated seed. In addition, 70 of the isolates collected were evaluated in the UGA Molecular Diagnostics Lab in Tifton, and 65% were found to be highly resistant to azoxystrobin. Another 20% were partially resistant to azoxystrobin, one of the main ingredients in Dynasty. This resistance had never been reported previously in A. flavus, and corroborated the unexpected results observed by the seed lab.

Our findings were disseminated to the seed industry, and with the rapid approach of planting season they quickly started transitioning to Rancona. This was a huge change for the industry as Dynasty has been the dominant product for many years. The manufacturer of Rancona, UPL, had to run extra shifts in their Valdosta plant to try and meet the sudden demand. They could not produce enough to completely replace Dynasty in the short time prior to planting, but much of the seed for the 2020 peanut crop in Georgia was treated with Rancona. Conditions at planting were not ideal, and there were still issues with seedling diseases, but there no doubt would have been more problems had it not been for the rapid response of the industry to this new threat. It should be mentioned that this was a joint effort of the Georgia State Seed Lab in Tifton, the commercial seed industry, UPL, and the UGA Department of Plant Pathology to determine the cause of the problem and find a solution. 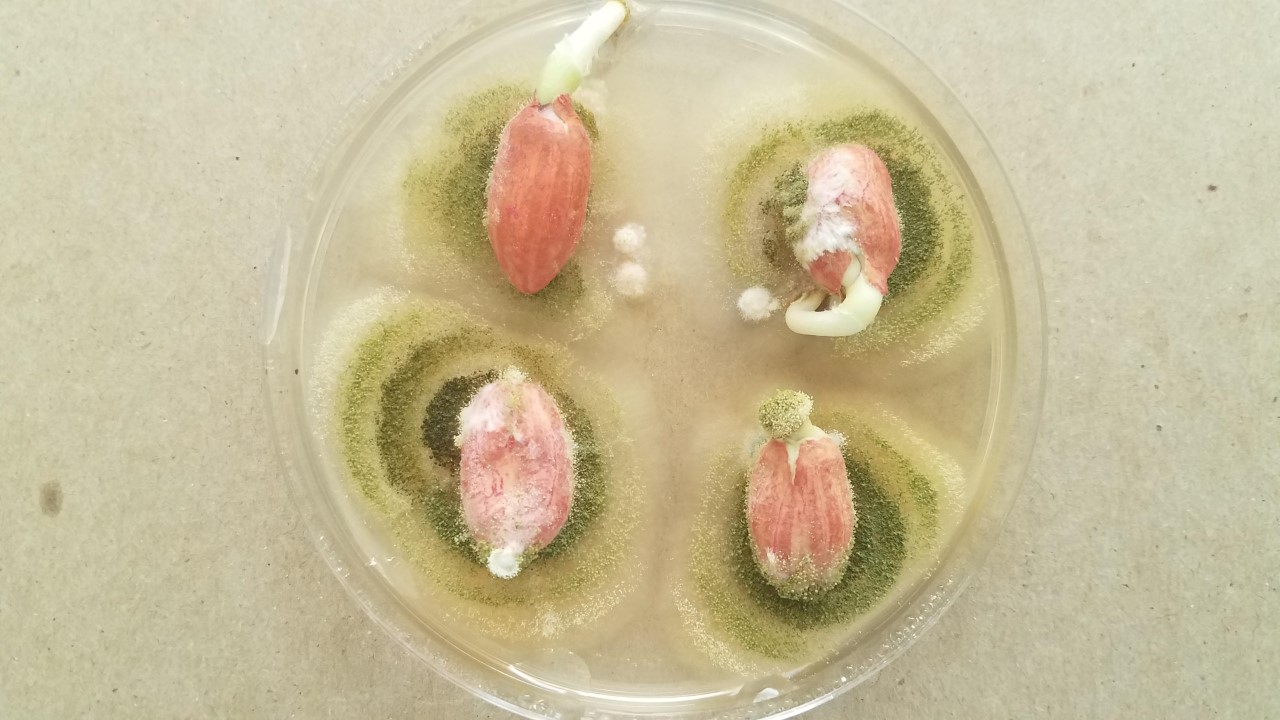 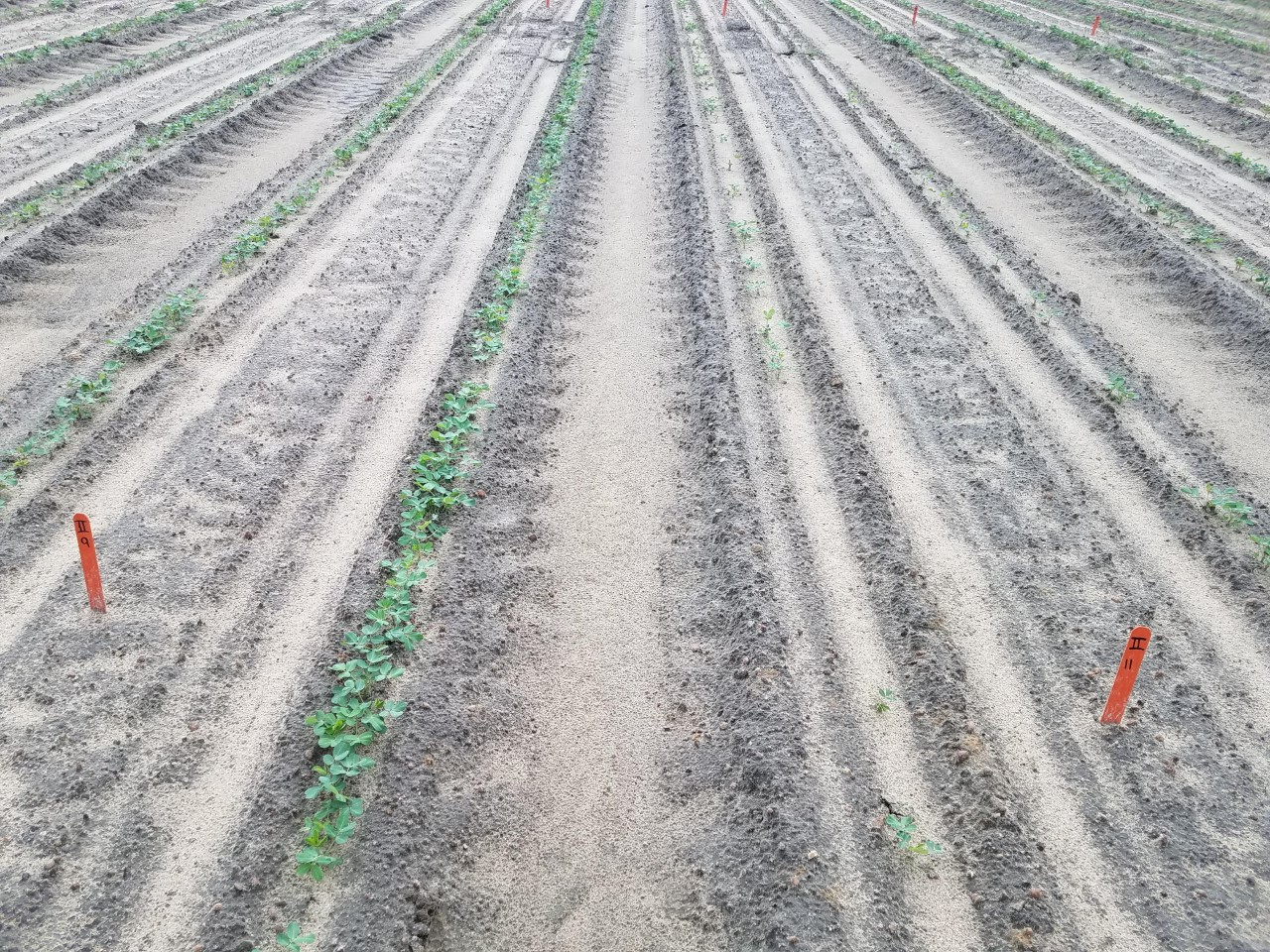