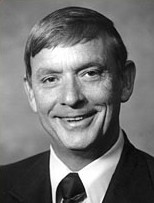 Pennington was chairman of Pennington Seed, a multimillion-dollar corporation his father founded in 1945. Known for its lawn and garden products, seed and bird feeds, the company made outstanding contributions to agriculture in Georgia and across the nation under Pennington's leadership and continues to do so after his death in 1996.

Pennington's book, Seeds and Planting in the South, is in its second edition and is a standard college textbook for many Southern colleges of agriculture.

Pennington was a prominent figure in local and Georgia politics. He served as a member of the Georgia House of Representatives and was later elected as a State Senator. He served for eight years as chairman of the Georgia Senate Agriculture and Natural Resources Committee and on the State Appropriations Committee, State Highway Committee and the Senate Committee of Defense and Veteran's Affairs. He also served as State Campaign Chairman for President Jimmy Carter's first campaign for governor of Georgia. During Carter's 1976 presidential campaign, Pennington served as his national agricultural campaign coordinator.

Brooks was a member of Aghon, the University of Georgia Agricultural Honorary Society, the Georgia Forestry Association Jayhole Club and the Gridiron Secret Society of the University of Georgia. He served as president of the North Georgia College Board of Trustees and was a past president of the North Georgia College Alumni Association.