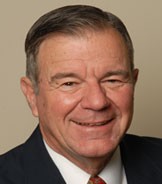 Born in Flatonia, Texas in 1943, Wayne Hanna has made incredible impact on the forage, grain, and turfgrass industries as a turfgrass scientist since 1971. The economic and social impact of his release of new, superior grasses for forage, golf greens and fairways, athletic fields, parks and homes is immeasurable. Hanna developed TifSport for golf fairways, athletic fields, and landscaping and TifEagle for golf greens. Attributes of these superior cultivars include limited need for pesticide use, reduced athletic injuries due to grass use, and eliminated pollen production. New developments in his cultivars have reached heightened levels of excellence, exhibiting genetic resistance to drought, shade and major insects-making these grasses less dependent on water and pesticides in producing quality turf.

Hanna's development, TifBlair, is the first patented centipede grass cultivar. It has improved cold resistance, which led to its use in northern parts of Georgia and the middle United States. Demand for the TifBlair seed in Georgia has exceeded production. Hanna and a colleague made the first systematic collection of centipede grass in China, its area of origin, in 1999. This collection will be valuable in producing new centipede grass varieties in the future.

Hanna's 600+ research publications, release of 12 turf and forage cultivars, and 37 parental or germplasm lines have brought significant recognition to Georgia. He has led the efforts to host the Southeastern Turfgrass Conference annually in Tifton for over 57 years. He is regularly invited to provide information on turf cultivars and management at state, regional, and national golf and turf manager / grower meetings.

Hanna serves his community through the Boy Scout Troup No. 62 and is an advisor and mentor to junior high and high school students on science and/or 4-H projects in various school systems. He and wife Barbara have 2 children and four grandchildren.