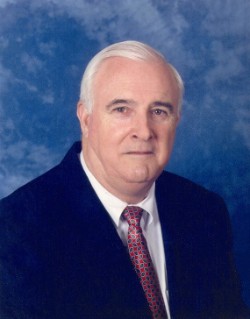 WAYNE SHACKELFORD (Posthumous)
Wayne Shackelford, a Carrollton, Georgia, native, served as commissioner of the Georgia Department of Transportation (DOT) from 1991 to 2000. He oversaw the construction of Georgia Highway 316 and the preparation of transportation plans for the 1996 Atlanta Olympics, and he managed the overall growth of metro Atlanta traffic though the 1990s.

Shackelford interchanges are on Georgia highways in every corner of the state in his honor, but his most lasting legacy may be his work for University of Georgia Cooperative Extension and his lifelong support of Georgia 4-H. “This morning I drove to work on Highway 316. I cannot drive to Burton 4-H Center or Rock Eagle 4-H Center without seeing Wayne Shackelford's influence,” said Arch Smith, state 4-H leader. “Most importantly, hepledged his life to support agriculture, 4-H and the citizens of Georgia.”
Shackelford was active in 4-H and FFA in high school. He went on to study agriculture and worked his way through school at Berry College, then UGA, where he received his master’s degree.

In 1960, he started his 12-year tenure as the UGA Extension agent in Gwinnett County and impacted hundreds of young people. Many of “Shack’s boys,” as students on his award-winning judging teams were known, have gone on to become leaders in business and agriculture.

“Wayne Shackelford was an integral part of my life from the time I was a young boy. As a county agent, he encouraged me to join Georgia 4-H, to compete in county fairs, to give speeches (no matter how horrible I was at it), to become a 4-H camp counselor and to keep trying, no matter what,” wrote Burton & Burton gift company CEO and founder Robert Burton. “He took an early interest in my success and was a great mentor to me and to so many other young people across the state. I believe he is responsible for molding the lives of thousands of young Georgians, many of whom are our leaders of today.”

Shackelford still holds the record for taking the most Georgia 4-H’ers to camp in a one-week period — more than 600 young people — and he took all the portable cots he could find in Gwinnett and surrounding counties to accommodate the overflow. Shackelford continued working for Georgia 4-H as a pro bono fundraiser and informal booster after he left in 1972 to work for the Gwinnett County Board of Commissioners and, eventually, the DOT. His part in the 1997 4-H Pledge for Life campaign resulted in the donation of more than $4 million to expand opportunities for Georgia 4-H’ers.

Shackelford passed away in 2009 and is survived by his wife of 50 years, Anna Nolan Shackelford, children and grandchildren.