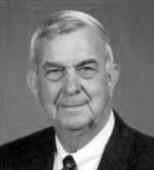 In 1930, Wycliffe R. Griffin was born to sharecropper parents, allowing him to learn the business first-hand, from the ground up. Wycliffe was ambitious, as evidenced by his decision to seek a college education.

He worked two jobs, day and night in order to save enough money to enroll in South Georgia College. After transferring to University of Georgia to work towards a degree in business, Wycliffe managed a dry cleaning plant in order to pay his way.

After college, Griffin joined the Triangle Chemical Company, a small independent formulator of agricultural pesticides. The company's founder, Richard Maddux, recognized the young man's potential and soon made him a partner. Under their combined leadership the small firm grew to become one of the most respected and most progressive in its field in the Southeast.

Ten years later, another crisis surfaced; large international companies began forcing many independent distributors of agricultural protection products out of business. Wycliffe had a solution in the form of Tenkoz. By convincing a number of small distributors to pool their efforts, together, they could buy at more competitive prices, and in 1987, Tenkoz (the name was derived from the initial ten companies) was formed. Today, Tenkoz has 18 members and distributes thirty percent of all crop-protection chemicals nationwide.

The accomplishment that most exemplifies Griffin's tenacity and determination was his campaign to have the fungicide Folicur accredited for use on the 1994 peanut crop. John Beasley, an agronomist at UGA, estimates that having Folicur approved for use on peanuts that year, increased the value of peanuts to the growers more than $32 million in Georgia alone.