How Ladybugs can improve food security

Global Programs Graduate International Travel Award recipient Brad K. Hounkpati, who is earning his PhD in entomology, visited and worked in five different countries on two continents over the course of 30 days as part of his research on West African Coccinellidae—commonly known as ladybugs or ladybird beetles—and their potential for bio-control programs in Africa.

During that time, Hounkpati collected 128 West African Coccinellidae—commonly known as ladybugs or ladybird bettles—in Benin, Ghana, and Togo. In Belgium, Germany and Senegal, Hounkpati photographed ladybug specimens, which will allow him to make definitive identifications of the insects he and others have collected. While in Senegal, he was given a curated collection to bring back to Georgia and use as a part of his identification efforts.

“My knowledge about the taxonomy and biology of WAC has increased dramatically as a result of my research in the field and in natural history museums,” Hounkpati said. “I also established a strong network of collaborators in West Africa.”

Hounkpati’s research is part of a collaborative program that includes scientists in seven West African countries—Benin, Burkina Faso, Côte d’Ivoire, Ghana, Niger, Nigeria, and Togo—with the goal of producing major taxonomic works on WAC. Additionally, the researchers hope that by broadening the knowledge of ladybugs in West Africa, the insects might be used as pest control agents and could contribute to food security. In addition, Hounkpati said he hopes the work will increase the awareness of smallholder farmers about the potential consequences of misuse and safety aspects of synthetic pesticides.

While working in Ghana, Hounkpati was visited by his father, who expressed pride in his son’s accomplishments and thanks for the support Hounkpati has received.

“Everywhere I go, people know more about your work and commitment to give back to our communities,” Hounkpati’s father told him. “I’m so proud of you. But please do not forget to tell all the people who are contributing to make this happen that I say, thank you.” 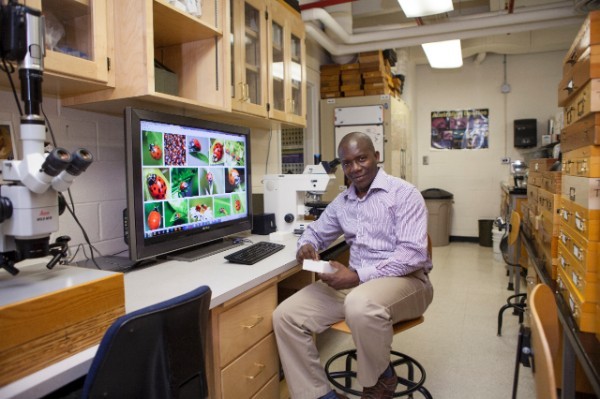 My knowledge of ladybug biology and taxonomy increased as a result of my research in the field. 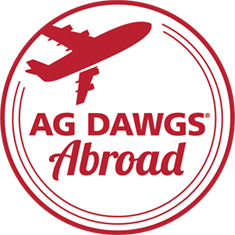